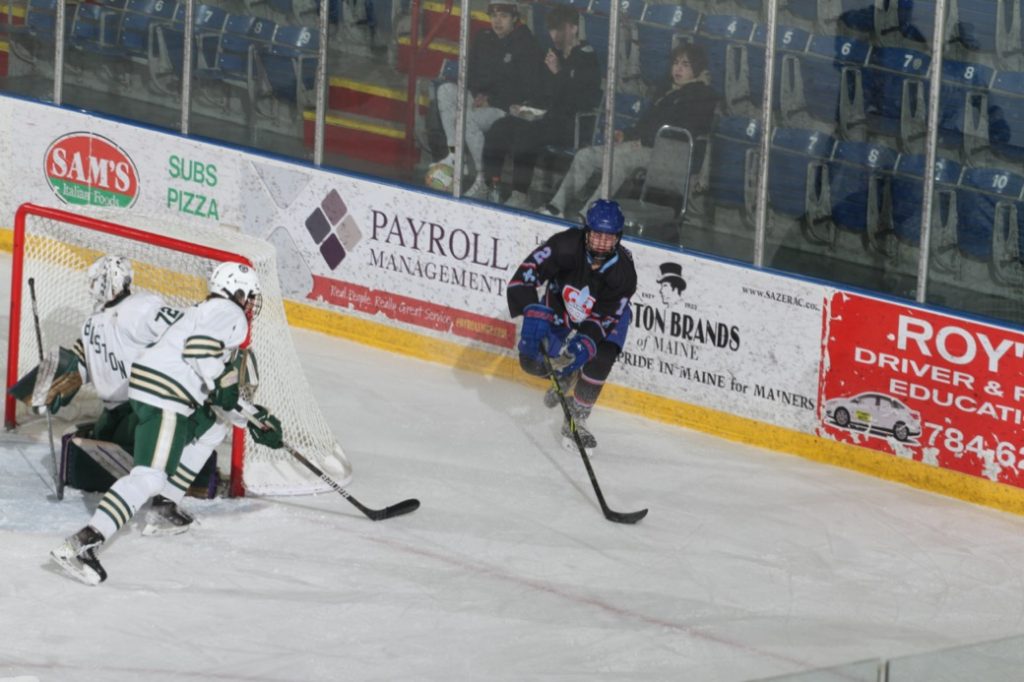 MNDP Athlete Peyton Van Buskirk will make the trip to the Robertson Cup North American Hockey League Championship this upcoming weekend. Peyton was a staple on the Maine Nordiques 18U blue line where he logged 29 Points in just 50 games. The Alaskan Native is not shy as of late to playoff hockey. He participated in the Nords ten playoff 18U games, where they lost in the semi final of the NAPHL to the eventual champion Northstar Christian, and finished in second at the New England Regionals where they were beaten by the Yale Bulldogs in the championship; (Mount Saint Charles finished third in the regions and then went on to win the National Championship). After the season was over, Peyton played in two of the final regular season games for the Anchorage Wolverines and saw action in one playoff game as well.

We want to wish Peyton and his family congratulations and a very big “GOOD LUCK” to him his teammates and of course our other two alumni who have had awesome seasons with the Wolverines Clay Allen, and Aiden Westin!