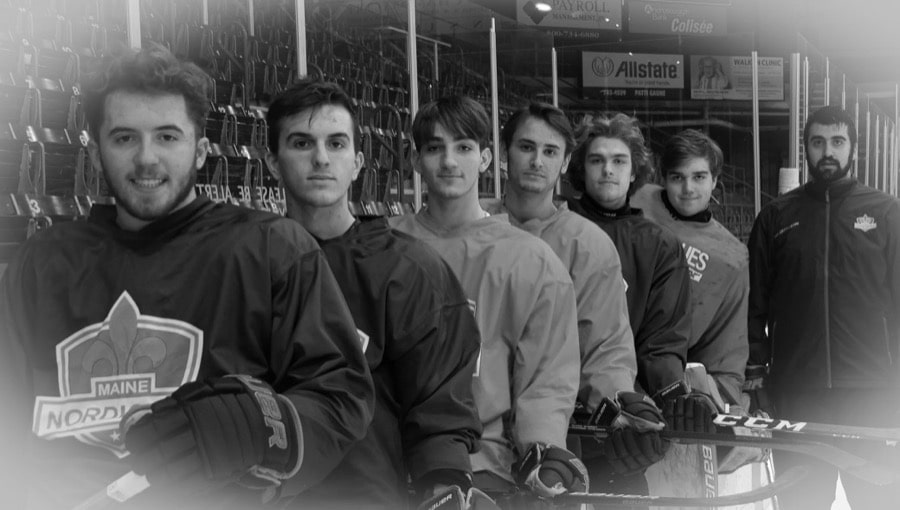 A few months ago the Maine Nordiques Midget Program found themselves in a difficult situation with no schedule to play, no idea when they would be allowed back into action and an overall feeling of uncertainty. The fear every family had through the recruiting period “well what if Covid continues to linger..? Will you guys have a plan?” A month break would eventually yield to that plan and a fresh start and a brand new feel for the U18 players and staff. Trips ranging thousands of miles with multiple nights, if not weeks; staying in hotels, billet homes, or even buses has resulted in nothing short of an impressive second half of the year. The teams 33-5-2 record has been completed mostly on the road in fact the last 20 games (15-4-1) have been over 500 miles away from The Colisee.

The wins have been a great measure of team success, but the habitual winning has also concluded accomplishments for the future plans of our players. Six players have been offered and have accepted tenders within the North American Hockey League.

A “Tender offer” is a commitment between an organization and a prospective player for the following season. These players are selected throughout the season before the NAHL Draft (completed in the off season) protecting a player’s rights from any other team within the NAHL.

The following U18 players have been tendered:

“It’s GREAT! There is no other way to describe the feeling. I have known Zuegs and Gus since the age of 15. Harrington and Galante, I had the pleasure of growing with over two seasons as they, and quite a few of our players, participated on our Atlantic District Finalist team – The New Jersey Titans U18 (They never got to play in the best of three series with The North Jersey Avalanche due to Covid-19 original outbreak). Mexico was sent to us from my first mentor and last junior coach Rocky Russo. They are excited to get Justin back a year older. Jack Kurrle has trusted us since day 1; he is absolutely filling the net left and right at this time. He is my favorite player (Only because he keeps me young. He’s been such a glue Stick since training camp) You don’t need favorites when your team buys in to this extent.”- Head Coach Nick Skerlick

“All six of these players are very deserving. What feels even better is we have more players (Clay Allen, Cameron Bauer, Aiden Westin, Chris Repmann, Kris Zapata and Kadsen Johnson) we expect to be the front runners for the next signings. Some already have been offered and just not have agreed to play for the organizations that have offered them. We have not even spoken about the six games of call ups for Kadsen Johnson or the two call up games Galante played in to seal his tender offer. In fact Johnson is a +3 with an assist and Galante received the teams celebratory accolade given to the most deserving player in just his first game. Our players are ready and even more so ready to go mentally. We practice everyday and we practice FAST for 90 minutes a day similar to the NAHL clubs. We can expect more NAHL action and signings soon.”- Organizational GM- Eric Soltys

The Maine Nordiques Midget teams are awaiting the seeding for the New England Regionals upcoming in April. As recruiting notes are getting compiled the hunt for the future Nords starts as we look to push for further success in the 2021-2022 season.

If interested in becoming a Nordique you can get the ball rolling here https://mainenordiquesacademy.com/recruitment/recruit-me/ as we will look to replenish our U18 and U16 rosters with high end talent. 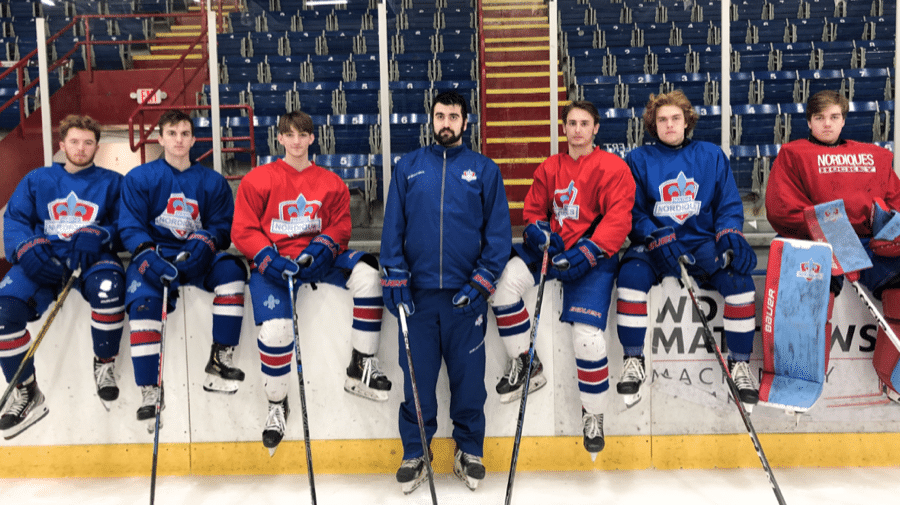